Kimiware (キミ我), short for “Kimigashine” × “The Other World's Leading Role is Us!", is a monthly subscription livestream show, hosted by Nankidai and Seramikaru (せらみかる) --an illustrator for the YouTube show, "We Are the Leading Role of OO!" (〇〇の主役は我々だ！, Maru maru no Shuyaku wa Wareware Da!?) and adapted game and manga (異世界の主役は我々だ！). The first pilot episode was broadcast on March 29, 2019.[1]

KimiWare is a portmanteau from Kimi ga Shine and Wareware which would basically translate to YouUs.

Among discussing their various works and news, they also answer view-submitted questions, have sketch contests on random prompts, and have occasional guest stars. 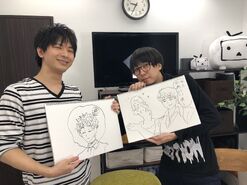 0th broadcast.
Illustration Confrontation Round 1 - If Keiji were to fight a slime. 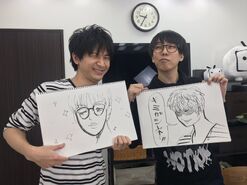 0th broadcast.
Illustration Confrontation Round 3 - Portraits of each other. 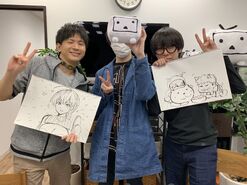 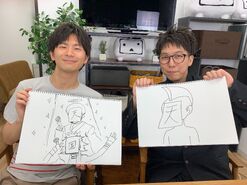 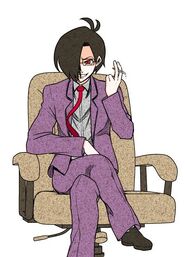 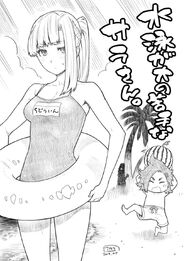 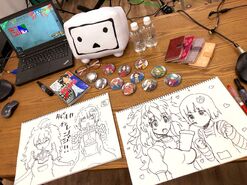 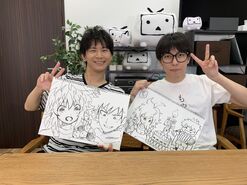 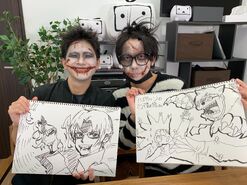 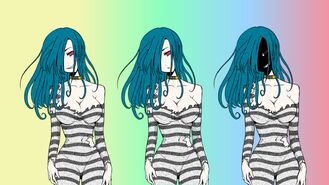 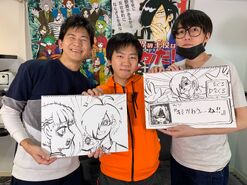 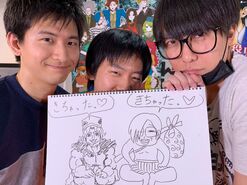 Special broadcast.
Utsu-sensei, who has to room share, rooms with...? 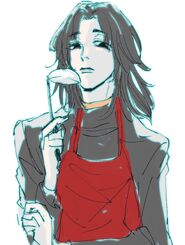 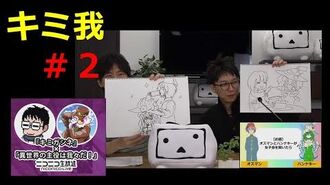 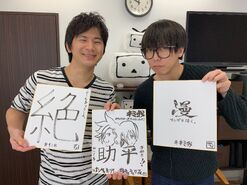 2nd broadcast.
Add a photo to this gallery

Retrieved from "https://yourturntodie.fandom.com/wiki/Kimiware?oldid=10070"
Community content is available under CC-BY-SA unless otherwise noted.