@Venomaniia What Sou has over Kanna is hacking, it's what the game tried to display how Sou is more useful. But he already tried to hack, failed and lost the laptop when he fell unconscious alongside everyone else.

@EbuIliencex Kanna promises and reassures Sara that she won't be a Sacrifice and that she'll help find Midori to tag him in her route during the tag scene. The game treats logic as a terrible choice, to the point Nankidai put way more effort in Kanna's route while having Sara say that logic is a terrible choice in Sou's own route.

"All Kanna wants is her sister or to die!"

Shin does bitch and complain in Chapter 3, Venomaniia. I like him but he peaked in Chapter 2. He is OVERHYPED by this fanbase. He is weak emotionally, mentally and physically but everyone keeps acting like he'll bring something groundbreaking when he did what he could do that Kanna can't in Chapter 2 already.

That's wrong, Kanna's arc isn't over and she's adding to the story. Chapter 3 proved it while Sou hasn't added much of anything other than bitch and complain. Our fucking floormaster and an AI added more to a character's past than Chapter 3 Sou. Sou peaked and died as a character in Chapter 2. But people just loooooveeee overhyping him and his abilities. Ugh. It's clear Nankidai has a preference, scenes got extra attention, effort and detail in Kanna's route in comparison to Sou's route. 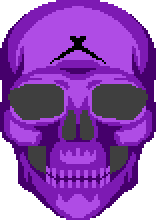 I think this image would make a good fit.

Reko and Kanna are superior and the canon route don't @ me

Oh so VG did translate Chapter 3. I guess just the demo?

Don't do that cringe "MEH OTP" shit please. Also, Joe and Sara work well as platonic than making them romantic.

Sou's a really good character, I enjoy his arc and variety of sprites and expressions.

Considering he does a reversal of his entire character arc, no thanks

Yeaahh- This wiki is pretty much the only english YTTD focused wiki. We gotta set the example with info. I'm gonna try to help, like my additions with Touko and Jin.

Just surprised it wasn't here sooner since it's supposedly official and there's some HUGE differences.

Maybe it was in Alice's convo? Who knows

Not sure about the boy but definitely a girl for Alice