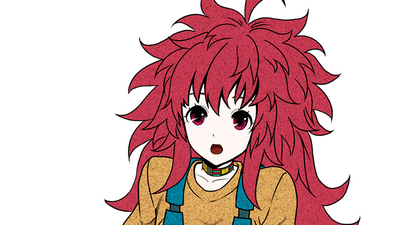 Nao Egokoro (絵心(エゴコロ) 菜緒(ナオ), Egokoro Nao) is an art college student and one of the characters featured in Your Turn to Die. Nao has unkempt long, dark pink hair and eyes of the same color. She wears an orange shirt with puffed up sleeves that cut off just above the elbow and dark denim pants under a blue smock apron.

Hello, I'm Kae from the youtube channel known as nakaeshima! I'm looking for people to voice most of the main characters from YTTD. I intend to dub fancomics as well as the official YTTD manga. The project details are laid out on the audition site, but I should note that we will be looking for more YTTD characters in the future (once Chapter 3 has been released/translated).

As of 2/19, the following characters have not yet been cast:

There are also a few other roles available, such as some danganronpa characters (the franchise we're most known for), and of course crew members such as editors, artists, translators, vocalists, & voice actors in general. We especially need more editors!!

So, if you're interested in the project, please check it out on CCC here! And if you decide to audition, break a leg!^^

Her wiki page says that her old high school uniform is seen when talking to Mishima in a flashback. When in the game is it seen? Just curious as to whether I could've missed it, or not noticed it.