What's on your mind?

Then who's flying this plane?

Okay, but for real, I was going through the second Main Game again to write the plot summary, and maybe I'm just dumb, but is it ever brought up who the Keymaster was in the beginning of the trading phase? Because if we're to believe Q-taro and Keiji's story (and they did have the roles they said they did, confirmed by Safalin), then Keiji lied about trading his Keymaster in the first place, which is brought up but then kind of forgotten because there's more pressing matters to attend to. When the whole thing with Sou and the Sacrifice is discussed, Keiji comments that it means you can force two people other than yourself to trade, and Sou makes an off-the-cuff comment about him knowing that for certain.

Anyways, my point is that Keiji forced a trade between Sara and... someone. No one claims Keymaster to start, so it's a mystery who it is. Gin says he was a Commoner the whole way through, I remember that. But who's the someone? And do you guys think it's even important? Because ever since NDRV3, I've been very suspicious when seemingly relevant evidence is glossed over in trials.

Even so, I do think it'll be brought up in the third chapter that Keiji lied to Sara to gain her trust, because, uh, dude? Didn't you criticize Sou for doing the same thing to Kanna? And what the Hell was that "will you die with me, Sara?" convo during their investigation? I have so many questions about Keiji and none of them have answers.

Someone just messed up with Shin's page and even if I'm laughing, I'm also kinda upset. Could somebody fix that? ;;

OKAY so uh,,, i was trying to add some sprites to ranmaru kageyama (from the chapter 3 demo cropped) but im new to editing wikis so i didnt see anywhere to add sprites. so on so forth i messed with stuff and i kkkinda dont know how to put it back to how it was? jhasddhshhhf im sO so sorry but if anybody knows how to revert it back to the way it was let me know.

In the manga chapter pages of this wiki, wouldn't it make sense to have listed differences between the game and manga? Since this is supposedly official to a degree? 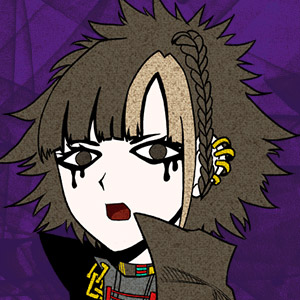 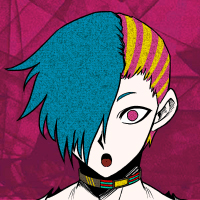 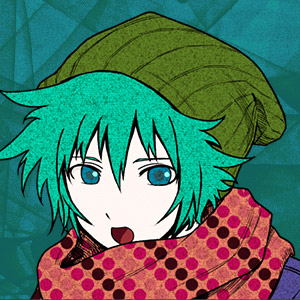 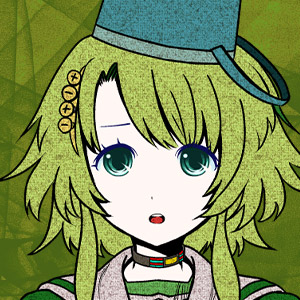 Okay, so I was looking at Keiji’s page and I saw that he referred to Nao, Kanna, and Sara with the honorific -chan in the Japanese version of the game, but refers to Reko without the honorific.

Reko is 23, and since he just calls Reko by her name without any honorifics, I think Keiji would have to be younger than 23, but older than 20. So between 20-23 is his age.

Someone might’ve already said the exact same thing as me, which is okay. I’m glad I noticed that, though. And maybe there’s another reason why Keiji doesn’t use honorifics for Reko, or maybe the Japanese translation that we have in the wiki is incorrect, so maybe I’m wrong. I’d like to think I’m right, though, you know?

Someone is trolling on here so please be aware they are starting to mess up the pages.... I'm afraid more trolls like this will come o.o

Just finished getting both endings of Your Time To Shine, the sidegame. Jeez, that was a ride. Any thoughts or theories onto the importance of the endings? They clearly are a bit of a clue to the main story.

I wanted to see if anyone wanted to discuss my theory after my experience so far. This is my current theory and it maybe farfetched.

I think Joe was a doll inserted into to Sara's life for the best friend roll before the game was activated by Kai. I also feel that Shin was the best friend that she lost in the first main game that was described in the memorandum we found before the second main game.

I am starting to think this maybe true due to the floor masters addressed Shin as sou. He was given an option by miley to change his self in order to live longer while at the same time in adding in a new best friend due to all the ai simulations they had done the "best friend" always died 0.00 percent of the time. Which effected her mental health when going thru the rest of the trials and making it to the end.

Also Sara never described Joe as her bestfriend. she says " Jou Tazuna, or rather, Joe. My Classmate at school. We often found ourselves together. Keiji and (Sou) both hint at something with this.

I don't know if this was intentional for him to act like he didn't know Sara when she went to talk Joe after waking up, but that was a red flag for me after chapter 2

3) Regarding shin being the best friend from the memorandum . When Shin comes to you to reconcile with you for the laptop and if you respond with "we've always been friends." Hold on, what's this?! Soou! Haven't we always been the best of friends?! He is shookth and surprised. I think this scene is important. Also if we take into account the Shin purposely place the sacrifice card where Joe could get it. This could be seen as revenge for his death from the past.

I Think the real Joe won as the ultimate victor of the hades event and become close to her and in the last main game killed her.

I am curious as to why Joe has a doll and a monitor and he is a non canidate.

Are we sure that the monitor that was destroy was shin's or could it be Joe's as he has both a doll and monitor. It can't be shin's with his percentage at 0.00 so he wouldn't be put up there. If anyone could answer this but can some confirm if shin said yes he broke that monitor and took the picture? Also did that happen before or after Joe showed up in the medical area in the closet?

Also when Joe talk about the about what happens before they got there to the group and when talking in the bar before the first main game He says " That Day" like it happened along time ago. Why? What part of the first chapter did they say days had pass. They do not specify the amount of time they were there before waking up.

If shin is not the best friend then the real sou was.

In the second anniversary artwork, doesn’t it seem like the real Sou Hiyori is looking at Kanna or in her general direction?

Actually, the second anniversary artwork seems to hold a lot of stuff in it if you look at it long enough. I mean, who’s that girl that looks like a female version of Alice?

And Hinako’s face still isn’t shown, only the back of her head being shown, barely visible. She’s obviously very important to the story, yet no one seems to be discussing her.

Is the second anniversary artwork basically teasing us or something?

Okay, so you know when Joe dies, Sara starts getting hallucinations and she gets dark circles under her eyes? I've been thinking that, example when Mishima died, Nao started getting hallucinations, and when Kugie died Kanna started getting hallucinations, because the same dark circles appear under their eyes (Kanna's all throughout the first chapter, and Nao's after Mishima died) So, if we're still going with this theory, what happened to Safalin? She may just be tired but, the way Gashu treats the other floor masters suggests that he might've threatened Safalin to be part of the floor masters. idk, it's just a theory.

This is about Anzu Kinashi’s trial, to be exact.

So, the wiki page on Anzu states that it is unknown how her trial was supposed to be survived.

I was thinking about it, and if Anzu was placed in the middle of the spikes in the picture, I think she could’ve survived by bending down. That could’ve been the solution, since her ankles were chained to the ground, and by bending down, The spikes would’ve closed around her, like a dome, maybe. She was just too panicked to see that. I didn’t want to edit the page, since I wasn’t sure, but I wanted to put that out there.

Gashu says, as his final hint "Have you ever questioned your upbringing?" or something like that. SO, all of the candidates are probably adopted. We know that so far, Kanna, Sara and Q-Taro are all adopted. It's not unlikely that every other candidate is too. And, they probably all have something to do with the orphanage Asu-Naro, which is where Q-Taro is from. Kai mentioned it during the laptop scene in chapter 2. So uh, yeah. Thought?

I’m replaying the game right now, and I was wondering if you could just advance the time during negotiations, which would tie you with Gin during the Pre-Main Game.

So far it seems possible, but has anyone else tried?

so i swear i saw alice's wiki say he was 5"7 like a couple of weeks ago and i went to his page to get some sprites of him and his height got changed to 6"1?? so i was like no way this man is 6"1 he's baby he can't be !! and i decided to look at full body pixel cgs and compare his height between keiji (6"3) and sou's (5"6) and holy fuck. his height is... so inconsistent. and im guessing it is for a lot of other characters too because sometimes he looks a tiny bit taller than reko (5"7), and then he looks the same height as keiji (6"3) and then he looks a tiny bit taller than sou??? (5"6) ? what is going on in this household. anyway he's not over 6" thank you for coming to my ted talk

edit: keiji is 6"1. my life has been ruined. my crops? dead. my wife? left me. i refuse to accept alice being taller than 6" I REFUSE

Her wiki page says that her old high school uniform is seen when talking to Mishima in a flashback. When in the game is it seen? Just curious as to whether I could've missed it, or not noticed it.

Hello! I'm pretty new to YTTD, but I became a die-hard fan bc it's really good!!

So, I need a little help. On Friday (0920), I played a little YTTD and managed to get to the Russian Roulette with the dummies and the talking painting guy. I messed up and got a Game Over screen. Then I messed up AGAIN because I clicked Begin instead of Continue, which caused my save files to be deleted. (Yeah, I know, I'm clumsy)

I still wanted to finish it, so I did a speedrun up to the Russian Roulette and completed it. During this little speedrun I did, I saved multiple times to make sure I have plenty to load from.

I saved after succesfully finishing the R. Roulette and quit.

I went on a trip, so I couldn't play yesterday, but I wanted to play today, so I opened the game and my save files were gone.

I experimented a little and found out that if I save and then close the game's window, my saves go missing. Can anyone help with this problem? Or did anyone else have this problem? If yes, how did they solve it?

(Sorry for any typos or mistakes, English isn't my first language!)

Help us grow Your Turn to Die Wiki 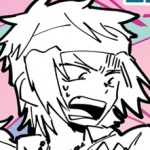 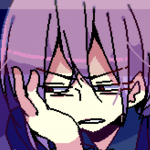 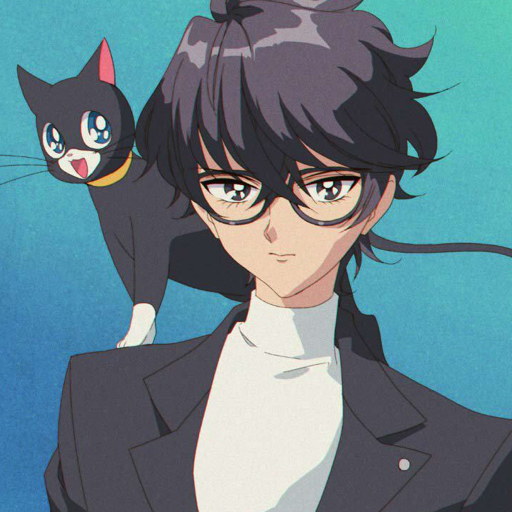 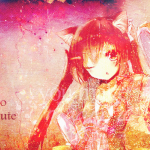 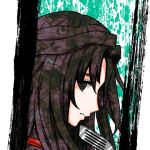